Talk To Our Executive

It looked like a great deal-$49,000 plus inventory for the purchase of a store that had $300,000 of revenue and nearly $100,000 of profit. As an Apple reseller, we were required to have an Apple store. We had struggled to have a profitable one near our headquarters in Portland, Oregon so looked around in other cities on the West Coast.

We found several possibilities-they would have to be approved by Apple, which meant they couldn’t be too close to other Apple stores, had to look good etc. During this process, we located Metro Cellular, which was near an Apple store, but was at an upscale mall and had the above stats.

We did our due diligence, hired a CFO Expert Witness – traveled to the store, interviewed the store manager and broker, and obtained financial statements. We then asked for contracts, bank statements, and other information. While the bank deposits were a little lower than the Profit & Loss statement, the seller said it was due to combining his 2 businesses into 1 bank account and somewhat askew bookkeeping. It seemed reasonable, and we thought with our expertise we could possibly increase revenues. The only negative of the deal seemed to be high rent expense. 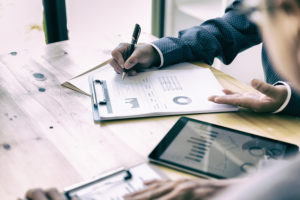 We made sure to comply with all the 409a Valuation Methods and after an extensive closing process, we made a down payment and paid most of the consideration. The only item to be paid later was the inventory, in the form of a seller note. The transfer occurred and we took over in late December, 2017. It was toward the end of the holiday season, so the benefit was stifled.

We took on a store manager and tried to integrate the operations with those of our headquarters. We thought our investment would start to payoff immediately.

Unfortunately, when January sales shrunk to a monthly level of $6000, we questioned the validity of the numbers. We dug a little deeper, now that we had a direct relationship with the landlord. We asked for monthly sales figures, and were very concerned when the ones we received were about half of what had been presented to us. Likewise, we pulled data from the point of sale (POS) system before it was terminated by the seller. This too pointed to the fact that the sales had been vastly overstated, both by the seller and its agent.

After asking the seller about this, and not receiving a satisfactory answer, we realized we had been duped. 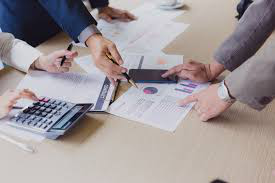 Even, at our end, we used 409a valuation calculator to cross-verify the fair market value of the company, but we were again left unsatisfied. We talked with our lawyer, who recommended sending a letter to the buyer and agent. This also had no effect, other than learning that the agent, who tried to sneak in an indemnity clause to the purchase agreement, was at least aware of, and may have propounded the fraud.

At this point we had no other alternative but to file suit against the perpetrators, since the landlord wouldn’t let us out of the lease for another 8 months. This meant instead of making $100,000 profit, we were looking at losses of $40,000 purchase price and $64,000 rent, at a minimum.

The case is still ongoing but the broker is claiming their indemnity clause protects them. However, state statute and case law indicate otherwise. Basically one cannot have an ‘out’ from fraud in California without reaching a very high bar. Even if the contract had said ‘buyer understands there is a statute that protects them but is still willing to waive their ability to prosecute unknown frauds’ it would still be an uphill battle for the agent. 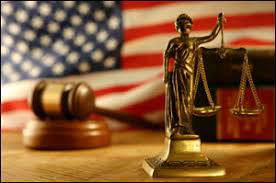 Time will tell what happens but since both the seller and agent have criminal records, and this was a significant white collar crime, we contacted the District Attorney for possible criminal investigation. We are determined to recover our losses and have hopped over professional CPA Accounting Services. Moreover, case law also allows us to collect treble damages due to the fraud, which is deemed to be a theft, since it was done under false pretenses.

This entry was posted in Uncategorized. Bookmark the permalink.