Talk To Our Executive

Officer Vs Director: Everything You Need to Know

Officer Vs Director: Everything You Need to Know

Depending on the company, the officers and directors can comprise the same people who serve in both capacities. However, there is often confusion about the differences between officers and directors and the responsibilities they each perform. It is because they often work closely together. But they have different duties in a corporation.
A director is a person responsible for managing the business affairs of a corporation and comprise the Board of Directors while officers are actively involved in the daily operations of the company. 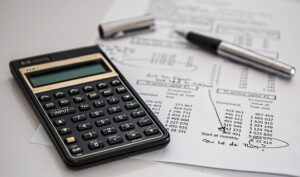 To qualify for the post of the director of a company, you must be at least eighteen years of age and agree to take on the responsibilities of a director. The directors make the operational decisions of the company and ensure that the company meets its statutory obligations.
They are usually elected by shareholders or owners of the company during annual meetings to serve on the board of directors. It is to enable the smooth decision-making process of the board and to ensure that they fulfill the company’s obligations. While there are allocations for the duties of the directors in the articles of incorporation and the corporate bylaws, the primary responsibility of directors is to operate on behalf of the shareholders.

On the appointment of the board, they perform special duties such as:
1. Making crucial management decisions
2. Staying informed about corporation performance, especially on insolvency
3. Set up mission, policies, and objectives that will help govern the organization
4. Ensure compliance with the laws that apply to the company’s operations.

Other general duties of the board include:
1. Acting on behalf of the corporation
2. Selecting and appointing new officers
3. Conducting regular meetings
4. Approve annual budgets, agreements, and contracts.
5. Amend particular statutes or parts of the articles of incorporation to suit the company.

Defining Board of Directors: Who Is on the Board?
The number of boards of directors can range in size but its minimum is sometimes determined at the state or charter level. To determine the number of board of directors, the statutes of the company holds that all companies, even smaller companies, must have at least one director who can act as the company owner and the only officer.
Meanwhile, larger companies may have multiple directors ranging from three to ten people or more, who have been appointed and elected by the shareholders to manage the business of the company operating on the board.

Corporate Officers
In contrast to appointing and electing directors by the shareholders, the board of directors is responsible for appointing officers. The officers act on behalf of the board of directors by executing the decisions made by the board. The job of a corporate officer is to oversee the day-to-day activities of the corporation.
Officer duties differ according to the position because they reside over departments where they have the most experience, with the principal responsibility being the organization of the corporation. If stated otherwise in the bylaws, a single person can also hold over one position. For instance, the president can also assume the office of the Chief Executive Officer or CEO.

Depending on the corporation, the statutes may mandate that officers already serve on the board. It does not necessarily make the director and officer the same because the directors can be entirely different from officers. However, officers do not vote on the board but can only vote according to their station.
The bylaws and documents of the corporation show the responsibilities of all officers. The bylaws usually provide for several corporate officers. The most common are:

1. President
The president is often known as the CEO. He holds the most responsibility within a company and is responsible for making decisions on corporate policy and operations. He also signs major contracts, issues stock, approves business arrangements, stock offerings, and other legal documents.

3. Treasurer
The treasurer is sometimes the Chief Financial Officer and is in charge of the finances of the corporation. The CFO calculates financial risks, tracks cash flow, plans financial strategies, oversees the company audits, and handles financial records.

4. Secretary
The secretary makes and keeps the corporation’s books, records, documents, and minutes from shareholder meetings. The secretary is also responsible for keeping the corporate seal if the company has one. Unlike other positions that can be occupied by the same person, the office of the secretary cannot.
Sometimes the President fulfils the other officer roles.

Besides, while directors and officers work together to manage the company, their responsibilities vary. Officers are not liable for any lawful action taken on behalf of the corporation but, directors are. Some companies, especially public ones, can get D&O insurance to insulate Directors and Officers from some litigation, assuming they have acted in good faith.

There are many other ‘CXO’ positions such as CTO, CIO, Chief People officer, Chief Marketing officer, Chief Communications officer and dozens of other ones

The key to look at in terms of liability is does the person control assets, significant transactions, information to external parties, stock etc. If they don’t control these things or are privy to material ‘inside’ information they are probably not a control person, and thus not a true legal officer.

This entry was posted in Uncategorized. Bookmark the permalink.